Microsoft has confirmed that the new Office 2103 will not run on older PCs powered by Windows XP or Vista.

“The new Office will work with Windows 7 and Windows 8,” a Microsoft spokesperson said Monday in an email reply to questions about Office 2013 and Office 365. “Vista or XP will not support the new Office.”

Users running those operating systems will not be able to advance beyond Office 2010, the suite that launched about seven months after Windows 7. 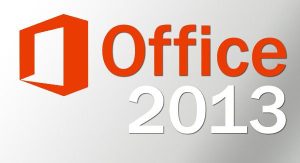 The omission of the two operating systems means that more than half of all Windows computers — 54.6 percent, to be exact — now in place will be locked out of the upgrade, according to statistics compiled by Web metrics company Net Applications.

Windows 7 does not yet have a majority of all Windows PCs: In June, it powered 45.1 percent of all PCs that went online, said Net Applications. Windows 8, which has not been released except in preview formats, accounted for just 0.2 percent of all copies of Windows.

But those shares are moving targets, and will be different come the release date of Office 2013 and the various Office 365 subscription programs. It’s difficult to project how much more share Windows 7 and Windows 8 will have then, since uptake on Windows 8 would be a blind guess, and no one knows whether Windows 8’s gains will come from former XP or Vista users, or from people moving up one edition from Windows 7.

One projection is possible, however: Absent any Windows 8 impact — unlikely, of course — Windows 7 will edge upward to 54.9 percent of all Windows PCs by February 2013, one of the several release dates that has been bandied about.

“It makes sense for them to do this, what with the end of life for XP approaching,” said Alan Krans, an analyst with Technology Business Research.

As Krans noted, it’s no surprise that Microsoft excluded Windows XP from the supported OS list. Windows XP is due for retirement in April 2014, when Microsoft stops serving the 11-year-old operating system with security updates.

“Those people are due for an upgrade [to a new operating system] anyway, but it is a nudge to push people to Windows 8,” acknowledged Krans. “Microsoft is imposing that line in the sand where users running software a couple of generations old need to upgrade.”

Microsoft has said that XP users will be able to upgrade to Windows 8, assuming that their hardware passes the eligibility test.

Krans pointed that out as well. “A lot of upgrades will go straight from XP to Windows 8,” he said, referring to the possibility of those users buying into Office 2013 once they’ve upgraded to the new OS.

Microsoft has eased the pain of upgrading to Windows 8 by cutting the price to just $39.99, a deal good through the end of January 2013.

Less expected was Microsoft’s decision to bar Vista users from acquiring Office 2013. Although the five-year-old edition was never popular — it peaked at a 19.1 percent share in October 2009 by Net Applications’ tracking — it still represents about 7 percent of all currently in-use copies of Windows and will account for around 5 percent come February 2013.

Krans had an explanation for Vista’s absence from the Office 2013 list as well, saying that it was a sign that Microsoft recognized what users have known for years: The 2007 edition was a washout.

For those reasons — XP users needing to upgrade or buy new PCs soon, and Vista’s irrelevance — Krans downplayed the potential financial hit to Microsoft of its decision to block XP and Vista from running the new Office. 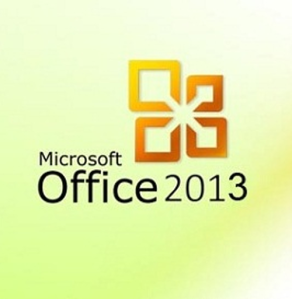 By comparison, the perception-plagued Vista only supported two editions — Office 2007 and Office 2010 — another demonstration of its short shelf life.

And it’s not as if Microsoft hasn’t put the kibosh on XP and Vista before.

March 2011’s Internet Explorer 9 (IE9) was refused to XP users, a decision Microsoft made the year before and stuck to even in the face of critics who howled that they’d been left behind.

Vista, meanwhile, will not run the upcoming IE10 that Microsoft plans to ship with Windows 8 and also release for Windows 7, later this year.

The ban on an Office 2013-Windows XP combination can also be read as another way for Microsoft to condemn the OS to the ash bin of history. For over a year now, Microsoft has said it was “time to move on” from Windows XP as it’s dubbed it the “lowest common denominator” and kicked off a retirement countdown for the software.

Users running Windows 7 or the Windows 8 Release Preview can try Office 2013 through one of the Office 365 Customer Previews, available from Microsoft’s website.

Windows XP and Vista users, of course, need not apply.